Bealu Girma: Now, at this Moment 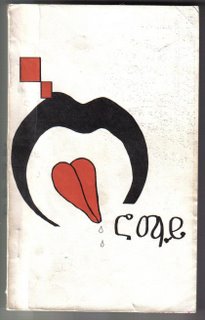 He came to class reeking of the brothel where he had spent the night and of the Katikala that still sloshed in his body. He was a drunk fool, my history teacher, a man small both in stature and in mind and prone to hurling insults at his students in the cruelest words he could conjure in the Amharic language. He was unashamed to discharge audible bodily vapors so putrid those of us condemned to his class learned to hate our own language.

But then there were those rare moments of sobriety that more than made up for the daily gaseous inferno. A lucid clear-eyed man would bounce from the door to his desk in his heavy platform shoes and bark a perky "endimin aderachuh!" to a room of adolescents who never figured how to deal with the malevolent moods of an alcoholic teacher. A torturous gilmiCHa-filled roll-call later, the tiny man would ceremoniously reach for a crumpled paperback from a crumpled overworn jacket. He would then launch into a dramatic reading from Oromay, the recently published novel by Bealu Girma.

He told us he read Bealu Girma "for both content and form" ("le fere negeruna l'aTaTalu.") The year was 1983 and the teacher's occasional reading of possibly the most controversial Ethiopian novel of all time kept his students who were no more than fifteen years of age, riveted. As we sat lost in Bealu's tempestuous world of love and war, none of us knew the novel had already unleashed forces that ultimately took from Ethiopia's literary scene a writer whom Reidulf Molvaer, contemporary chronicler of Ethiopia's writers, describes as "the most consistently good writer Ethiopia has produced." (Black Lions: The Creative Lives of Modern Ethiopia's Literary Giants, 1997).

I have always wanted to write about Bealu Girma—my favorite Ethiopian novelist—but found writing about him extremely challenging. For starters, out his six novels (Kadmas Bashager (Beyond the Horizon), Yehilina Dewel (The Bell of Consciousness), Yeqey Kokeb Teri (The Call of the Red Star), Haddis, Derasiw (The Author), and Oromay ("Now, at this Moment"), I have only read three—Kadmas, Haddis, and Oromay. Second, the novelist's personal life and work deserve separate volumes of their own. Bealu's life and death are of Shakespearean proportions: Julius Caesar comes to mind—much like the Roman emperor's unprecedented expansion of his empire by his sheer ability to bend the will of men, the Ethiopian author reached the apogee of creativity by his ability to gain almost a cult following that allowed him survive unscathed through much of his career despite his persistently harsh criticism of the societies in which he lived. (In addition to his novels, Bealu Girma served as editor for newspapers and magazines including Menen, Addis Reporter, Addis Zemen, Yezareyitu Ityopia, and The Ethiopian Herald , much of this while serving as a high-ranking official at the Ministry of Information). Also, like the conqueror of Gaul, Bealu was murdered by erstwhile admirers and colleagues. And who can ever forget Almaz? Much like Calpurnia, Caesar's beautiful wife who foresaw the emperor's death, Bealu's wife, Almaz, known to be of striking beauty, had warned her husband to stay home on the day of his abduction and disappearance in February 1984.

His fascinating biography is recounted in Molvaer's Black Lions. Bealu Girma was born in 1938 or 1939 in the province of Illubabor, Bealu's natural father was an Indian carpenter from Gujirat, India, who remained in Ethiopia after he fell in love with an Ethiopian woman, Bealu's mother. Bealu's father returned to India when Bealu was very young but a determined mother ensured that her son received an excellent education, first in Illubabor and subsequently in Addis Ababa, at Princess Zenebework Secondary School. Bealu's excellent grades earned him a scholarship at General Wingate Secondary School. He went on to graduate from Addis Ababa University and then moved to the United States where he earned a masters degree in journalism. In the early 1960s he returned to Ethiopia and soon thereafter joined the Ethiopian Ministry of Information.

While his work as editor of some of the most respected papers and magazines earned him respect as a journalist, it was at the Ministry of Information where Bealu found a lifelong career as a civil servant. His high-ranking position at the ministry allowed him to gain powerful allies and enemies, including Ethiopia's dictator Mengistu Hailemariam. Throughout his career, Bealu's associations with his allies and admirers allowed him to write critically and uncensored during both the Haile Selassie and Mengistu regimes, and it was through his association with these allies that Oromay was subsequently born.

The novel that led to his untimely death in the hands of the Derg (he was only 45) has its progeny in his earlier and critically acclaimed novel, Haddis . The word Oromay, uttered by an Ethiopian of Eritrean descent in Haddis means a questo punto—Italian for "now at this moment." The moment in Oromay was 1982, during the planning and execution of the Red Star Campaign ( yeqey kokeb zemecha)—the Derg's most sustained offensive in Eritrea planned jointly by Soviet and Ethiopian generals. The naming of the campaign "Red Star" was after Bealu's earlier novel of the same name. In an effort to project an image of force and finality, Mengistu had taken his entire senior military apparatus and cabinet level ministers to Asmara for several months in marathon planning and conference sessions. Bealu, who was invited to Asmara, remained in the city for three months where he was granted interviews with several high ranking Derg officials.

According to Molvaer, Mengistu Hailemariam granted Bealu several interviews and may have even read and approved earlier manuscripts of the novel. He must have because the book starts with a prologue by Mengistu himself in which the dictator states that the book was written in the spirit of making Ethiopia's revolution complete and the realization of a Worker's Party in Ethiopia. Mengistu signed his foreword with his standard shibboleth Ye Ityopya Abyot le zelalem yenur! ("may Ethiopia's revolution live forever!")

With Mengistu's introductory praise for the book, one would expect writing that hails the life and work of the dictator. But what pours forth in next 370 pages (Kuraz Publishers, 1st Edition) led to Bealu's murder in the hands of Mengistu's security apparatus, all editors at Kuraz Publishers sacked, and the book pulled from every bookseller in the country. According to Molvaer, officials were even snatching the book from anyone seen with it. (In our class, my teacher stopped reading from the novel, but to his credit, switched to Kadmas Bashager). In Oromay, Bealu identified members of the Derg under altered names yet whose identities were readily apparent to most readers at the time. Bealu's mockery of Mengistu whom he identifies as "the Comrade Chairman" and refers to as The Man (Sewiyew), and whose Asmara speech he reproduced with subtle parodic alterations was astounding and many are convinced Bealu made an error in judgment to believe the former dictator would tolerate the author's vituperations. The novel's protagonist's (Tsegaye Hailemariam) impressions when he first saw Sewiyew in the Addis Ababa-Asmara flight sets the author's sardonic tone vis-à-vis the dictator (all translations mine):

The protocol officer loudly announced "the Comrade Chairman!" All racket, chatter, and whispering in the plane came to a sudden hush. One could have heard a needle falling. A voice of a man's man. A smile that comes from the heart and strikes like lightning. Extreme politeness that almost breaks the spirit . . . The Man! He wore a lovely military uniform. When I saw him, I was washed with feelings of strength and self-confidence. Even though men who lead nations are mere mortal beings, I am always surprised by their ability to make men respect, love, and fear them. I see them as larger than life. Perhaps it is because they have their people's consent to be their protectors or maybe because they carry on their shoulders the pride of their people. I don't know. But in any event, for these or other reasons, I tend to respect people in power. And my colleagues who have observed this in me talk about me behind my back and say, "there he goes wagging his tail when he sees a person in power." May God curse them! I'm not a person who wags his tail! Even though I don't know much about myself, I know I don't wag my tail! (Oromay, 18).

The novel is an excellent read and its underlying story of its protagonist's love for two women ("Tsegereda Me'akel Hager" (Rose of the Central Land) and "Key Kokeb" (Red Star) set in the background of the military campaign, and his ultimate loss of both women recounted a recurrent theme in Bealu Girma's novels about the recklessness of man not just in the affairs of the heart but also in his inability to rule wisely.

Bealu's disappearance in February 1984 was preceded by the abrupt withdrawal of the book from the market and its subsequent banning in Ethiopia. Bealu's liquidation in the hands of Mengistu's security agents was confirmed after the downfall of the Derg and reading about it in Mengistu's own words is downright chilling (See Seifu Negussie's interview in Chewata, January 2003).

Hands down, Bealu Girma is Ethiopia's best creative writer. It is difficult to summarize Bealu's work within the parameters of this short piece but I can say that three of his novels I have read unravel intricately spun narratives without being convoluted; complex yet accessible characters that are deeply flawed but are almost never beyond redemption. And rare among Ethiopia's novelists, Bealu took great pains to create multidimensional female characters that are never two-sided or subservient to the whims of men or the situations in which a male-dominated society places them. Bealu Girma's novels are unquestionable labors of love created by a man who left us enduring tomes of Ethiopic literature.

A celebration of Bealu's work and achievements is timely. Writers, whether they are journalists or creative writers, are able to put into words the hopes and aspirations of the generation in which they live. Bealu did just that. He has single-handedly inspired hundreds of Ethiopian writers to test Ethiopia's ability to tolerate dissent and its willingness to respect the freedom of expression—the foundation on which the altar of democracy is built. Like him, many have paid with their lives. Bealu Girma left us six incredible novels but more important, a legacy of defiance, courage, and opposition to tyranny. I am reminded of James Baldwin's comment "the obligation of anyone who thinks of himself as responsible is to examine society and try to change it and to fight it—at no matter what risk. This is the only hope society has. This is the only ways societies change."

Today is a historic day in this nation's history. Senator Barack Obama just clinched the Democratic Party's nomination for Presi... 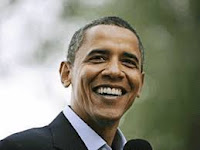